How to buy sponsored for coin?

How to advertise on cryptovotelist?

"Trending" reflect how popular and trending they are among the community. They do not represent any investment advice or endorsement from the CVL team. 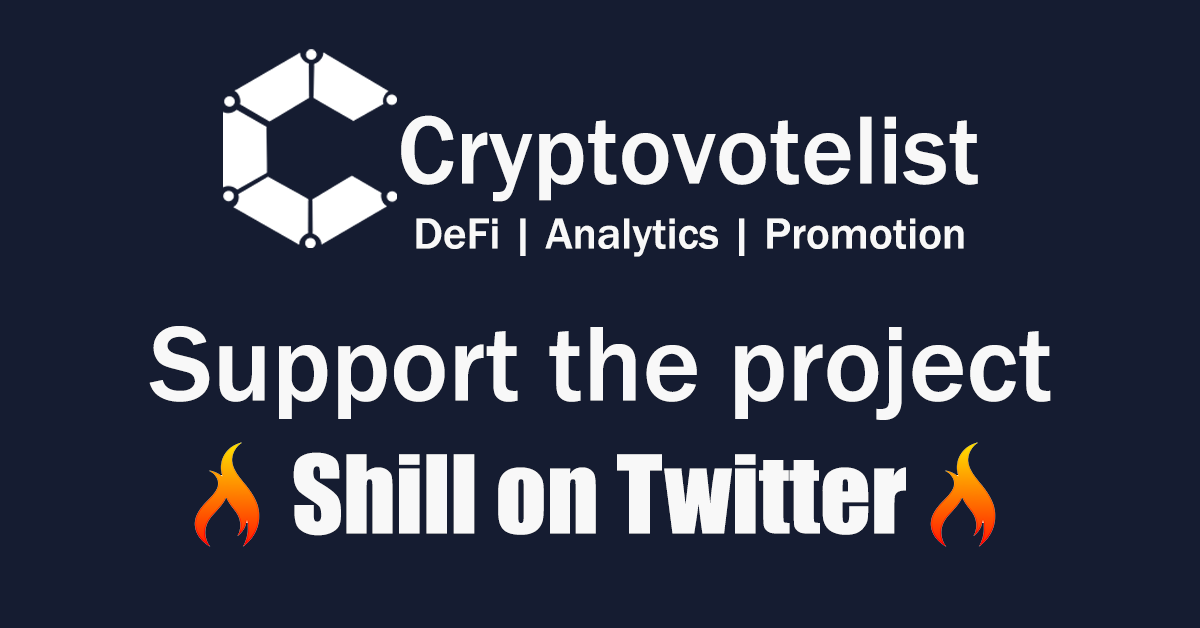 Shill score can be raised by shilling coins link @
socials ( Twitter, Facebook ) Once someone visits coin via shared link from socials, score is raised by +1!
Note: Shilling will help not only by getting higher score, but also higher trending rank and of course chance to get more investors! Check top shilled coins @ "Top Shilled Coins" section!

How get KYC verified on Cryptovotelist?

We hate scams and rugpulls and, because of that, we have built KYC verification! Project owner / dev can verify their coin on cryptovotelist!
This will bring legitimacy to NXT, KYC verified badge status and coin will be listed on "KYC verified" section!

To get KYC Verified on cryptovotelist, owner / dev of the NXT, have to include this script into NXT main website! ( https://nxt.org )

How to activate free boost?

We are offering to boost NXT coin by +100 Votes and +100 Votes Today everyday!
How to Boost?

CVL KYC Verified (How to verify) Not Verified

Free boost activated? (How to activate) No

Added on CVL 5 months ago


Sponsored Coins
How to get sponsored?
Description about NXT
NXT price today is $0.0029 , NXT price is up 1% in the last 24 hours. It has a circulating supply of 998,999,942 NXT coins and a total supply of 1,000,000,000. If you are looking to buy or sell NXT, is currently the most active exchange.
Nxt uses the blockchain to create an entire ecosystem of decentralized features, all of which require the Nxt currency. Instead of modifying the original Bitcoin source code, as many altcoins have done, Nxt developers wrote their own code in Java from scratch. While Nxt is a public blockchain, licenses for private blockchains based on its software are also available for purchase. The developers refer to Nxt as Blockchain 2.0, providing numerous applications beyond simply keeping a public ledger of transactions.
Jelurida BV took over the originally anonymously developed Nxt and now own the IP rights. Kristina Kalcheva, co-founder and legal expert of Jelurida, focuses on how to “explore the different open source licensing models and their enforceability in practice.” Currently, the main developer is an anonymous Star Trek fan, going by the name Jean-Luc Picard. While there is still the active development of Nxt, the parent company Jelurida is also working on a Nxt 2.0, known as Ardor, designed specifically to deal with scalability. Ardor will use the same blockchain technology as Nxt, combined with the idea of ‘child chains.’ According to Travin Keith, Nxt foundation Web and Marketing manager, Ardor allows for a “manageable blockchain size, which solves the problem of scalability by separating transactions and data that do not affect security from those that do, and moving all of those that don’t affect security onto child chains.”
The core infrastructure of Nxt is complex. This adds risks as compared to the more lean bitcoin, but makes it easier for external services to be built on top of the blockchain. A peer-peer exchange allowing decentralized trading of shares, crypto assets. Since the blockchain is an unalterable public ledger of transactions, the Asset Exchange provides a trading record for items other than Nxt. To do this, Nxt allows the designation or ""coloring"" of a particular coin, which builds a bridge from the virtual crypto-currency world to the physical world. The ""colored coin"" can represent property, stocks/bonds, commodities, or even concepts. Arbitrary Messages enable the sending of encrypted or plain text, which can also function to send and store up to 1000 bytes of data permanently, or 42 kilobytes of data for a limited amount of time. As a result, it can be used to build file-sharing services, decentralized applications, and higher-level Nxt services.
Nxt had no mining phase, all initial units were released to 73 people through a one-time fundraiser via bitcoins, after the announcement of the NXT project in the bitcointalk-forums by BCnext. Combine this with a PoS approach, and you have a situation where the big guys run the table. At one point, the Nxt community had a very public spat with Bitcoin developer Jeff Garzik. Garzik took issue with the Nxt marketing approach, its anonymous developers, and their responses to constructive criticism. Nxt responded to some of these claims, of course, but it remains one of the more controversial moments in its history. Another key problem the Nxt network ran into (like so many others) was blockchain bloat. Nodes get weighed down by the onerous task of having to store every transaction on the Nxt blockchain. This was one reason (among others) why Ardor/Ignis came into existence."

﻿
We use cookies to offer you a better browsing experience, analyze site traffic, personalize content, and serve targeted advertisements. If you continue to use this site, you consent to our use of cookies.